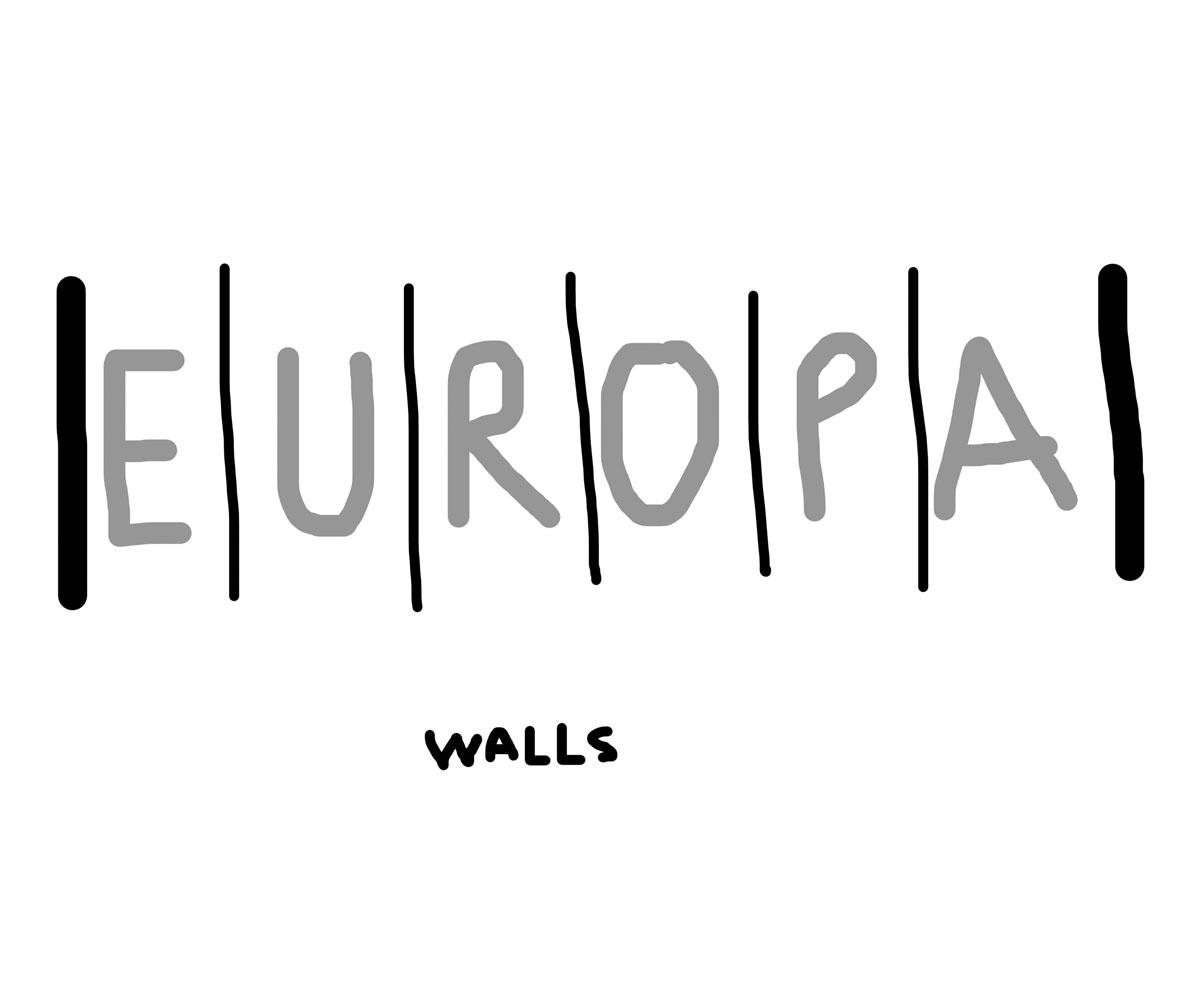 Amidst a financial crisis that has evolved to a political and cultural crisis propelling issues of identity and authenticity across European countries, a symposium about the performativity of politics and the rising nationalism was met with great interest. With the symposium Transitions taking place in Athens, a city that is established as a second site for the forthcoming Documenta exhibition, and has witnessed the recent refugee crisis that affected and continues to affect Europe, the discussions during the symposium touched upon issues of the globalized forms of the art and the political crisis. Moreover, since the artistic production in Greece is represented by numerous artist’s groups and collectives, the accounts of artists, activists and theorists from countries of the former eastern bloc coping with political impasses, bankruptcies, conservatism and nationalism, contributed to a discourse on the challenges of the political social and artistic practices.

The two days of symposium opened to these distinct urgencies with project presentations and discussions from artists, activists and theorists from Poland, Croatia, Hungary, Czech RP, Romania, Greece, countries of the so-called semi-periphery of Europe. An underlying subject that was manifested in all the presentations and discussions was that of the recent refugee crisis in Europe. Opening the subject of performativity of politics Dan Perjovschi presented his work as an artist engaging in the Romanian and international politics. Creating almost cartoon-like political drawings that are present in both museums and demonstrations, Perjovschi considers himself an artist more than an activist. Commenting the Romanian society’s lack of engagement in the political life, Perjovschi argued that the resentment towards the collective and communal was a residue of the communist doctrine of the past.

Followed by the panel Performing politics in Europe’s semi-periphery the curator Sodja Lotker, political theorist Tomislav Medak and art theorist Kostis Stafylakis, examined the artistic practices in their respective countries and commented the social and political context, reflecting on fading ideologies and contemporary theories that conceptualize the cultural crisis.

With the commons being the operative in that panel, Sodja Lotker discussed her theatre practice as a political agent but also her frustrations working in a society enveloped in consumerism and individualism, lacking a sense of collectivism. Tomislav Medak a theorist from Croatia examined the practices of social movements that are met with privatization and the consequences of a globalized market. Quoting Lauren Berlant form the Cruel Optimism Medak attempted to conceptualize the possibilities, either impossible or too possible and toxic of the political practices. Explaining his view on the significance of art not as a critique or a reflection of a social condition but as a political action, he introduced to the discussion the brechtian term of functional transformation or refunctioning, where art can become a tool in politics.

Kostis Stafylakis presented a series of performances and actions in the public sphere in Greece at the time of crisis, that constitute artistic practices of overidentification. Those performances are comments on the recent private initiatives aiming at a so-called ‘rebranding’ and ‘reinventing’ of a national narrative promoting the ‘authentic’ Greece, a reaction to the political and financial crisis. The performances function as the exaggerative versions of these campaigns, identifying as paradoxes the principles of this ‘rebranding’.

Continuing with the examination of the rising nationalistic sentiment in Greece, Stafylakis named two pathogens in the current social and political crisis, the national integralism and the concept of self-sufficiency as a solution to the crisis. Both concepts are characteristic of a narrative produced to justify isolationism and conservatism. The projection of Holy Mass or Msza by Polish artist Artur Żmijewski is the documentation of a re-enactment of a Catholic ceremony on a theatre stage that was met with strong reactions in Poland. The re-enactment at the time that it was first staged incited discussions about whether Zmjiewski’s provocative work was blasphemous and insulting to the religious sentiments of his fellow countrymen. Consistent with his artistic practice of negotiating social and political issues that are treated in Poland as taboo, Żmijewski’s work can be viewed as an emancipatory project, with the oppressing factor at hand the domination of the church on the social and political life. In this work, using the brechtian notion of alienation, Żmijewski is taking a ritual out of its context in an attempt to distance his audience from any emotional and spiritual involvement so that the spectators become conscious critical observers.

In a way exoticizing the religious sentiment in Poland, Żmijewski provokes to raise awareness of the lack of secularism in Poland but as it often happens with his work, a question is raised about the nature of the artist’s relationship to his Polish audience, and to what extent that relationship is his artistic project. At the panel on Hungary in focus: The potentials of bottom-up democratic organization in culture and civil society the artist Szabolcs KissPál, the curator Hajnalka Somogyi, and the activist Luca Janka László presented their practices in the increasingly conservative Hungary. Livia Páldi that moderated that panel made a short introduction to a political situation where the steady decline of democratic principles is named after Hungary’s prime minister, ‘Orbanization’.

Szabolcs KissPál discussed the transformations that took place in the very recent years in Hungary bringing as examples the shift to a traditionalist administration of the ‘Hungarian Academy of Arts’ and the historical revisionism that exonerates the Hungarian Nazi collaboration with the newly erected Memorial to the victims of German Invasion. Describing the phenomena of the ‘Orbanization’, Szabolcs KissPál presented his work as an artist and activist that seek to draw the attention of the public opinion and engage the Hungarian society in blocking those authoritarian policies. Memorial to the victims of German Invasion, Budapest

He considers that the choice between two opposites, the nationalistic and authoritarian traditionalism on one hand and the market-oriented neoliberalism on the other, is bringing the Hungarian society to an impasse and proposed practicing political and activist art that, quoting another artist-activist Gregory Sholette, ‘produce instances of opposition’.

Continuing with the presentation of the Off-Biennale project, the curator Hajnalka Somogyi discussed the decision to realize the exhibition without any state affiliations and adopting a model of self-organization that relied on horizontal partnerships and collaborations. As an independent organization distancing from the funding and the conservative policies of the state, Hajnaika suggested that the creation of international networks could ensure its autonomy and artistic freedom. Similarly Luca Janka László, a young activist, discussed the initiatives for the relief of refugee crisis and how the civil society that operates despite the xenophobic government policies can actually function and make a difference. Closing the symposium, Boris Groys in a way summarized and elaborated with his lecture the issues raised by the artists, activists and theorists during those two days. He discussed the quest of national identities and the postmodern artistic practices, concluding with a utopian endgame of the future of the state. Discussing the rise of nationalism in the countries of the former eastern bloc that derives from an identity crisis, and examining the relation of politics and art since the avant-garde, he finds the problematic search of national identity reflecting on the artistic practices. The search of a distinct national identity and the attribution of social and cultural specificities appeared as an imperative for the post-communist countries to join Europe and the concert of free countries.

In his lecture Groys explores those specificities and also identifies the differences in the artistic practices and theories between the West and the East. Examining the art movements of modernism and postmodernism, Groys finds that the socialist realism imposed by communism as the official form of art, prevented modernism form being established as it did in the West, consequently producing a different, Eastern postmodernism. In the same way, Boris Groys considers the national identity in the eastern bloc countries was influenced and altered by communism. The quest of those countries for the ’authentic’ national identity lead them to reverting to a past before the domination of communism and its homogeneous effects, placing them in the 1930s, the time that nationalism was formulating. And by doing so the national ‘authentic’ identity was erasing almost 50 years of history, something that echoed the erasing of the ‘capitalist’ past during communism.In that light, Groys sees as reasons of Eastern Europe’s reactions to the refugee crisis the inability to process cultural and social diversity due to national identity crisis, the collective ‘reversion’ to the interwar period when nationalism was dominant and the hostility to the symbolic east that the Soviet Union once represented.

What Boris Groys presents as a possible solution to what will form an eastern postmodernism and the post-communist identity is the combination of the contradictions that communism caused. In the context of universalism or internationalism rather than globalism Groys suggests Alexandre Kojeve’s version of the End of the History, a utopian universal homogeneous state with laws that are served by what he calls, a Romantic bureaucracy. Working conscientiously the romantic bureaucrat -who can be an artist, activist, theoretician- organizes the flow of information and the cultural signifiers for others to realize their ideas. In that way, the international art world with international events such as the biennales and Documenta but also organizations such as Wikileaks can serve as examples of a universal state, with respectively artists, curators and activists as their administrators or ‘romantic bureaucrats’.

In the same way that the artists, activists and theorists of the symposium informed with a post-communist condition the discussion on the political and cultural crisis, Boris Groys introduces a utopian narrative in an attempt to give a different perspective on those issues.