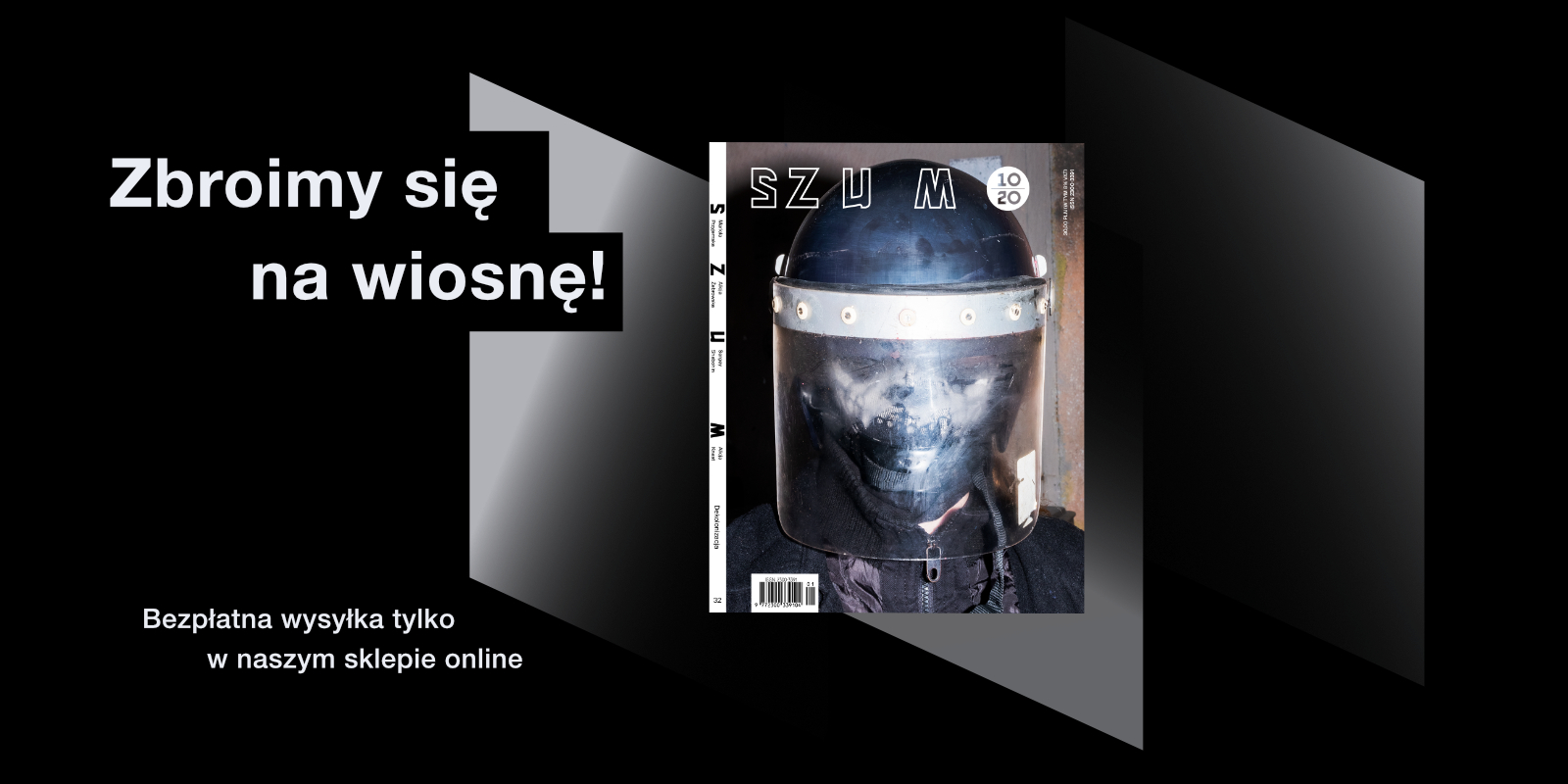 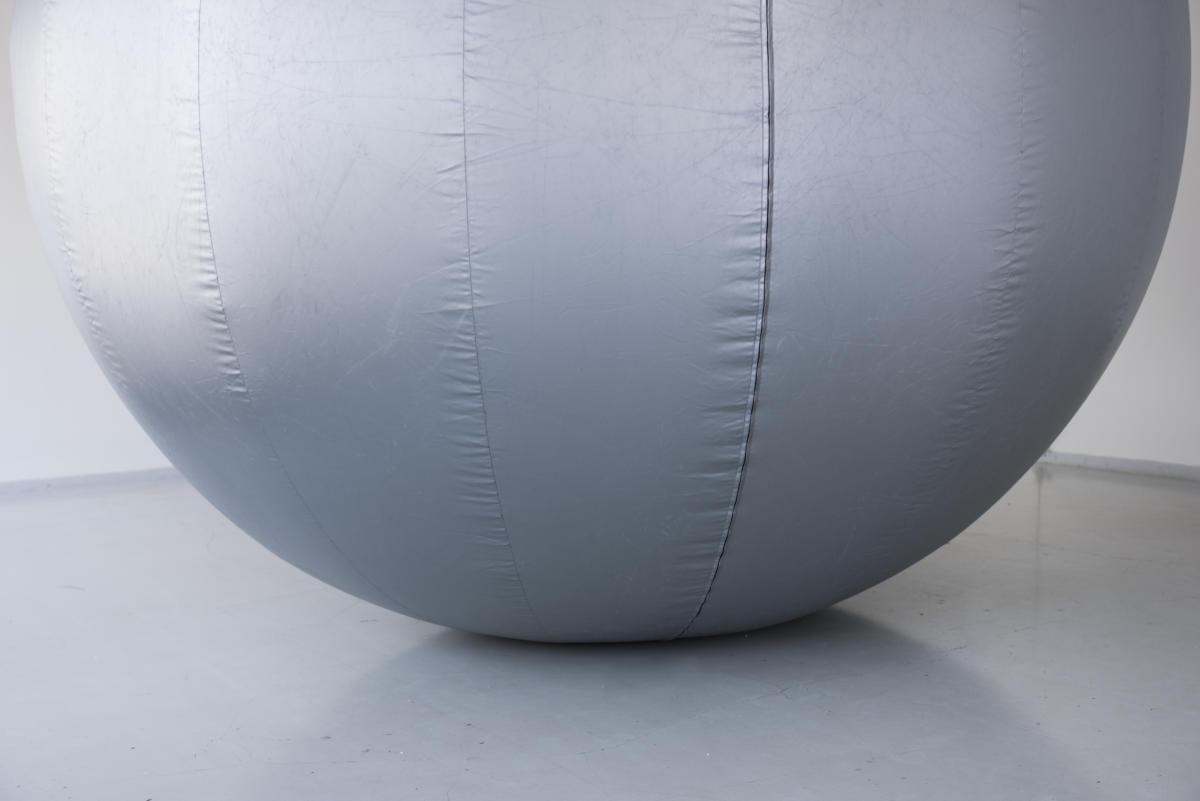 Professionals, colleagues, and close friends know that the date and place of the author’s birth played a significant role throughout his richly structured work. Both gradually became a conceptual as well as factual mytheme of the utopian „art-system” that Filko built and synthesized foremost in the last decades of his life. According to his birth certificate, Filko was born on June 15, 1937 in Veľká Hradná, a small village in the Trenčín District. However, the objective reality of the official record was constantly disrupted and layered by the author in the intentions of the ideal of „subjective-objective art” that originates in modern art. Influenced by conceptual art, Filko later turned to „merging art and life”. Instead of stating dates, the paintings and text arts especially from the late period feature a special triple date that says „13.14.15.JUNE”. This numerical code refers to the authenticated reality of Filko’s birth on June 13 and the official registration at the registry two days later.

Filko’s multifarious lifetime oeuvre has not yet been comprehensively processed. The exhibition catalogs as well as the published reflections of his work tend to focus on the selected themes or periods of Filko’s work. The only retrospective exhibition as of yet was presented by the State Gallery in Banská Bystrica in 2003 (Filkontemplaciakcieq, curators: A. Vrbanová, V. Beskid). Shortly after the unexpected death of the author, the Slovak National Gallery in Bratislava also organized a monographic exhibition (Poetry on Space – Cosmos, curators: L. Gregorová-Stach, A. Hrabušický), but a full-fledged retrospective with a monograph is still being prepared. Despite numerous exhibitions, expert analyses and reflections, Filko’s oeuvre remains exclusive to the involved „connoisseurs”. Even the recent project of the Slovak National Gallery, compiled relatively clearly and approachably, has not helped the wider public to fully understand the author. Thus, the questions of the processing methodology, reflection, as well as the exhibition presentation of the author is becoming increasingly urgent. 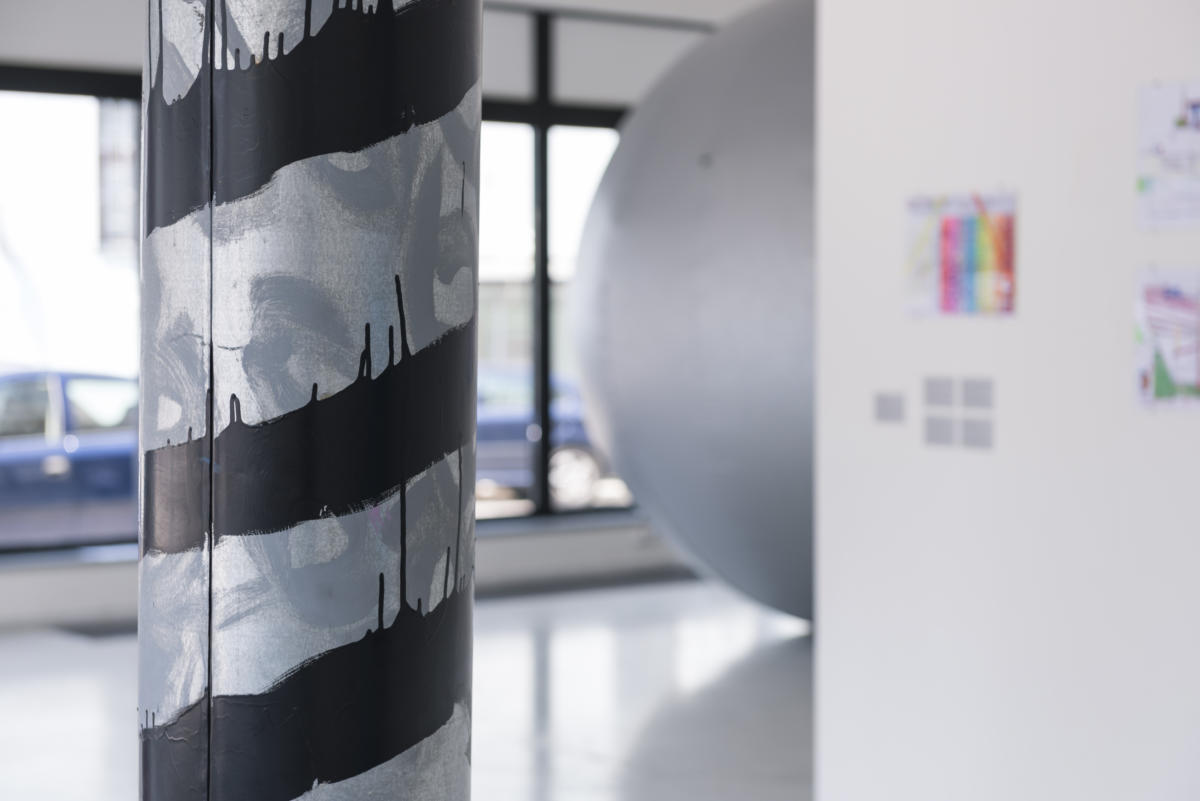 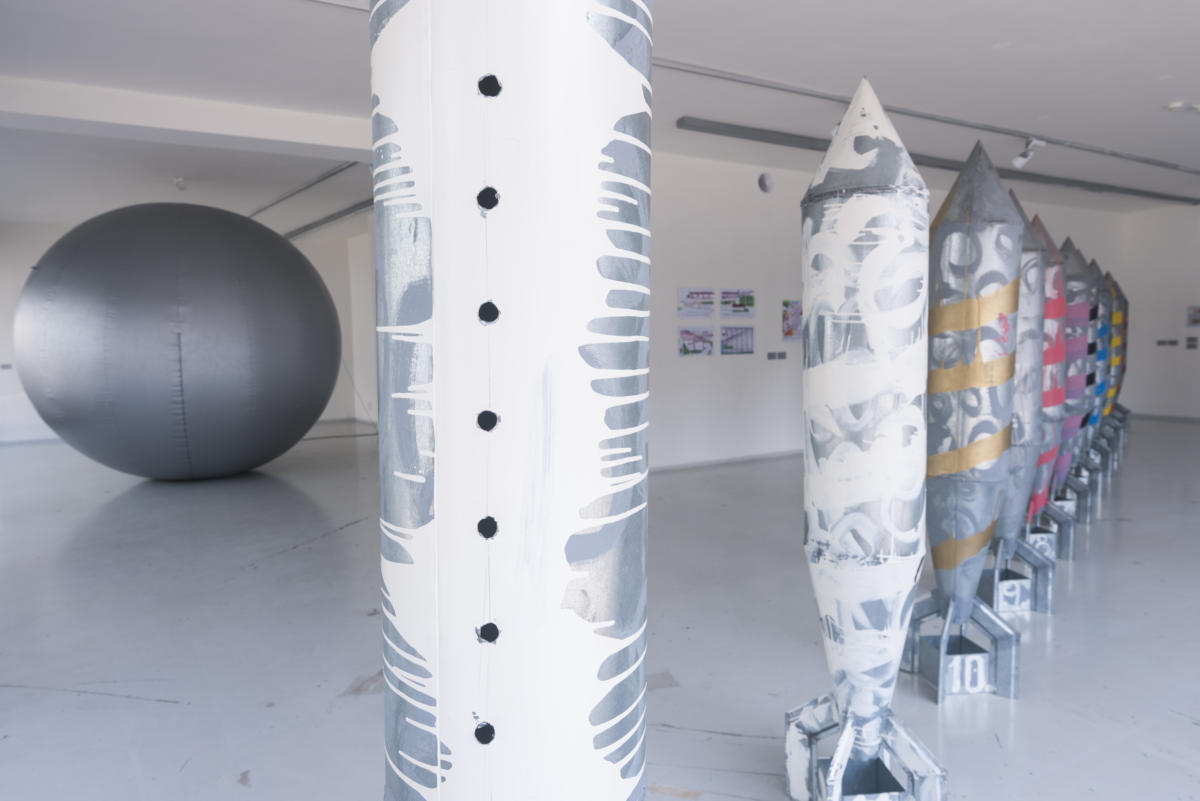 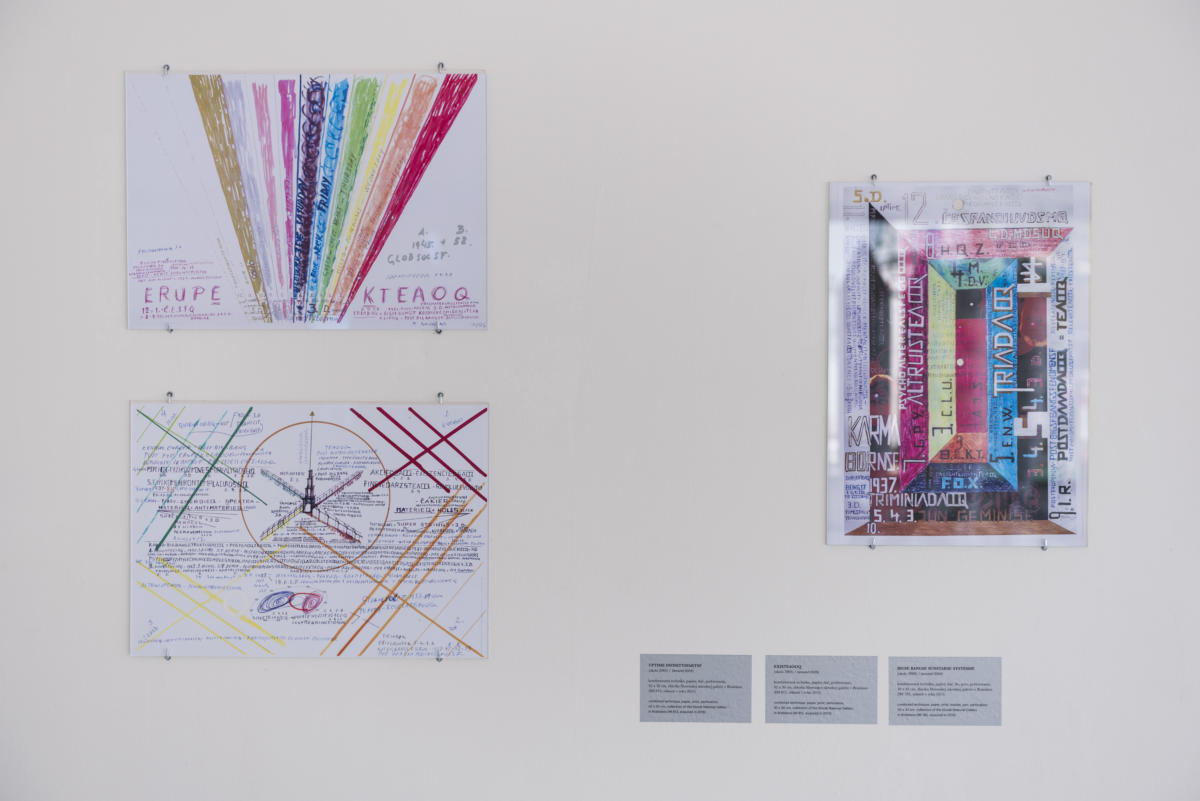 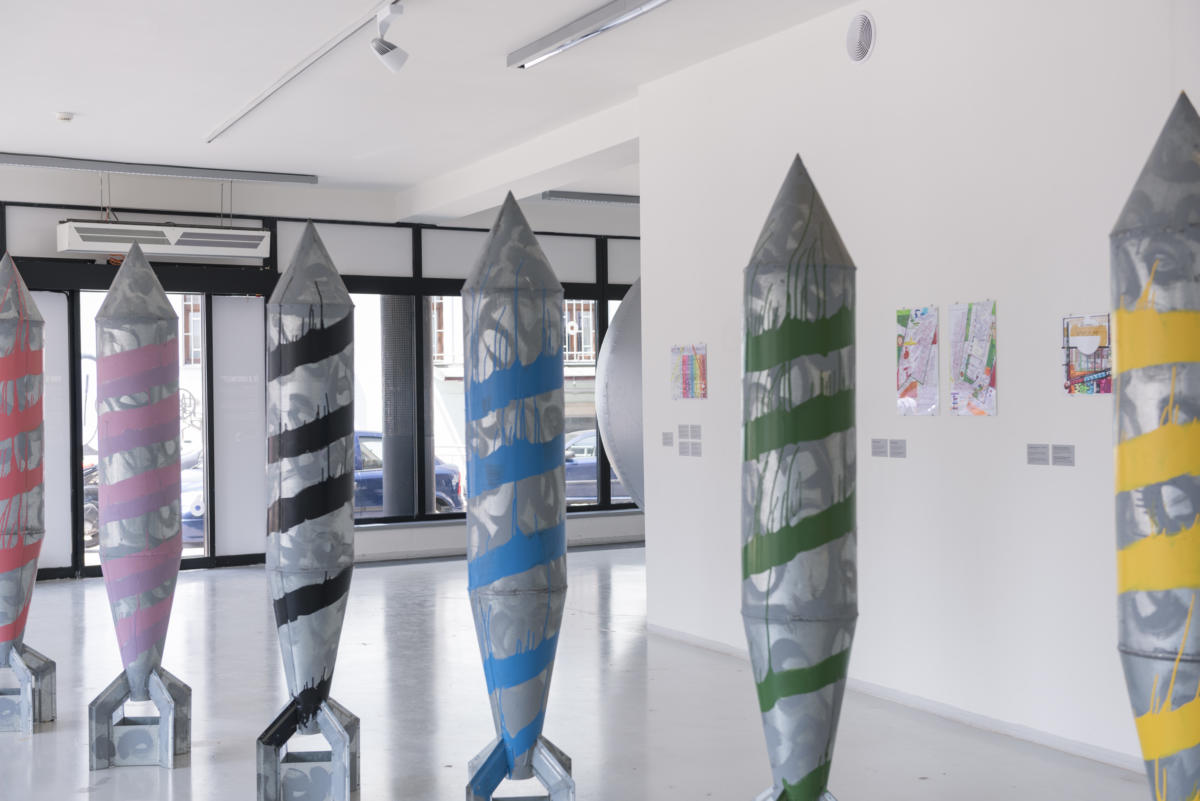 Content-wise, Filko’s work is defiant to the traditional artistic-historical rendition, not only for the absence of dating or its replacement by autobiographical data (which was mistakenly considered as antidating), but especially due to the fact that the author visually and semantically re-contextualized his older works ex-post, giving them a new reading. Each time, he integrated older and new works side by side retroactively within the framework of his current scope of knowledge. The pneumatic objects and environments from the late 1960s and early 1970s (i.e. Breathing – The Celebration of the Air, 1970), the form of which later appeared in Filko’s work in the new ideological context of the color spectrum and the chakra system (the series Balloons – 12 Color of Reality, around 2005), are the perfect examples of this approach, while the metallic objects of non-expressive colored and perforated rockets (the series Rockets 1st – 12 Chakra, around 2005) stem from Filko’s early graphic and spatial works (e.g. SPACE X. ROCKETS, 1967).

Hence, an exhibition model that would explore the development of the core subject matters within the context of the author’s autobiography could be quite innovative. The composition, sign structure, intertextuality and contextuality of Filko’s work impede its primary aesthetic reception, which the audience often finds complicated. An attempt to make his conceptually structured work more approachable through his personal (and very turbulent) story seems possible, and even relevant considering the nature of the work – the aim of which is to fuse art and life within the basic premises of conceptualism. The exhibition title 2037 refers to the futuristic-utopian accent of the author’s work after 2000, when he sought to express the universe through the color spectrum and its synthesis in the form of installations, objects, but also rather subtle concepts on paper. At the same time, the number represents the unfulfilled utopia of Filko’s own earthly life, which he not only spoke of in recent years, but also encoded it in the form of the birthday triad especially in his textual and visual works.

Modest but exclusively situated exhibition presents a selection of Filko’s works borrowed from collection of Slovak National Gallery in Bratislava and private collection, aiming to present his spatial, surface, as well as conceptual thinking about the structure of the world and being, as well as his own existence in it. Later on, he layered the gradually specified the system of the existential dimensions of human life (3.D. = Earth = red/4.D. = space = blue/5.D. = metaphysical = white) into the chakra structure through a 12-color spectrum. After returning from emigration in the USA in 1990, this universal-utopian system of expressing qualitative levels of life is present in most of his newer works and exhibition concepts. With regard to this color-semantic system, Filko focused on creating a complex environment, a total installation as an absolute world as such since approximately the mid-1990s, at first in his studio in Bratislava, later in his birthplace – the village of Veľká Hradná, where he was building a place for his art and message for many years. Through this approach Filko once again overlapped the objectivizing concept with his personal mythology, merging art and life. 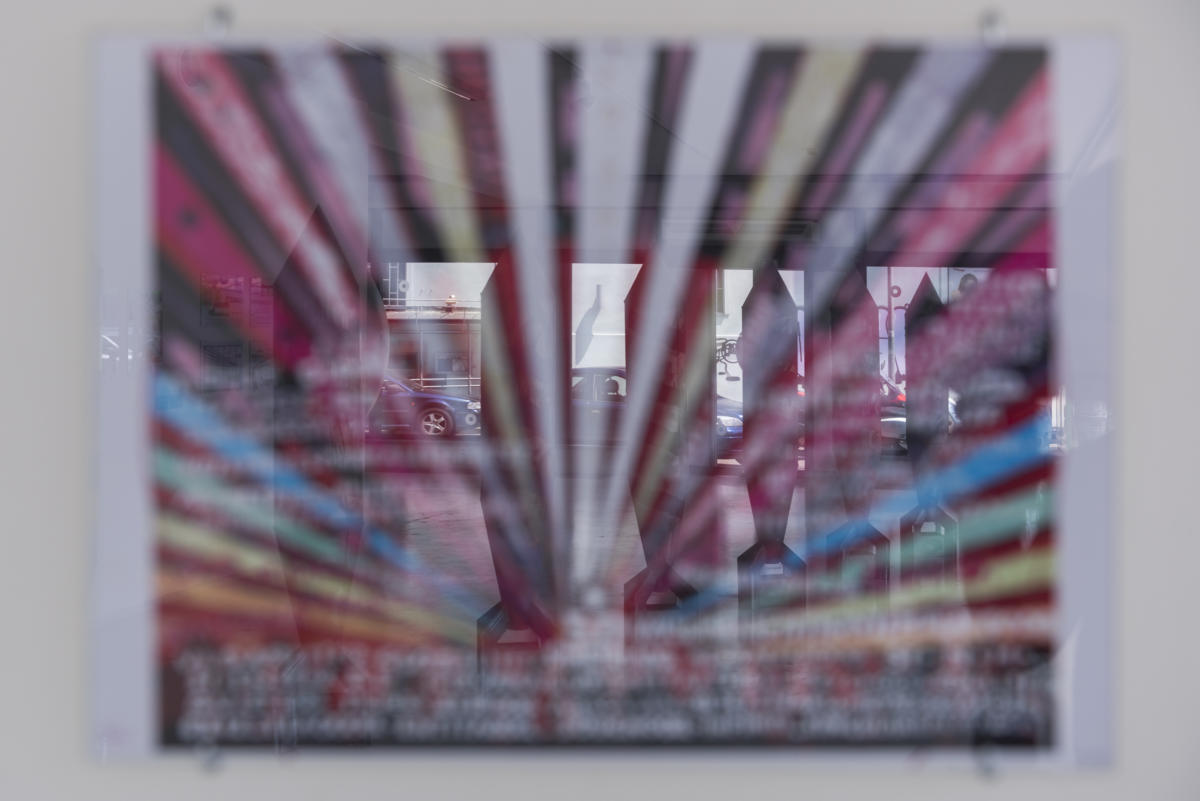 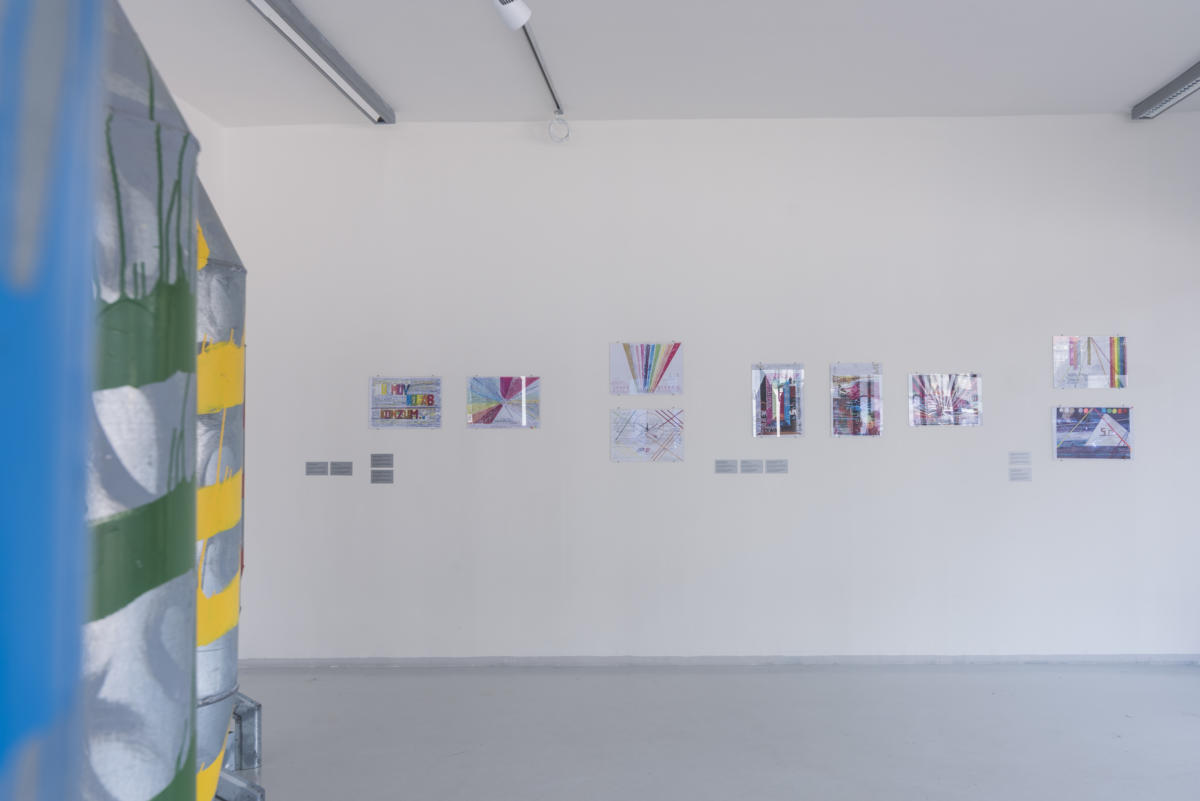 The installation of 12 sheet metal rockets creates a certain peristyle. Individually, each object represents one of the chakras according to the painted color spiral; together they express the continuity and coherence of the whole. Filko’s desire was to use the symbolism of colors to capture „Everything” – from the rudimentary earthly being to transcendence, spirituality, and vacuum. The subject matter of rockets was present in his work already in the late 1960s. Originally, they expressed his fascination with the first flights into space, the discovery of new spheres of human life and the enhancement of knowledge, associating the moment of withdrawal and transfer to other higher dimensions – from physicality to spirituality. The final object is a vertically perforated, white-painted illuminated rocket (Rocket – White –Tranzsprarent – 12th Chakra). It represents an aperture beyond the discerned or conceived reality towards transparent and essential spirituality.

The concept of the author’s spatial thinking is complemented by a monochrome inflatable balloon – a ball that anticipates the metaphysical 5th dimension in the color spectrum. Its shape and meaning suggest the Earth, which „personifies” all three levels of existence at once (earthly life, sphere of space and timeless spirituality that surrounds and highlights everything). The stand-alone work, which is part of a larger installation of 12 balloons (the series Balloons – 12 Colors of Reality, around 2005), points to the structure of Filko’s oeuvre, where each part usually refers to the broader context of the whole but also to itself. In addition to planetary associations, the shape of an object can also imply more universal expressive categories such as completeness, perfection, or absoluteness. Finally, the interpretative context extends the motif of vacuum as an indeterminate void, which Filko embodied presumably most aptly in the object of a transparent balloon (Ø 4 m) made of translucent synthetic plastic.

The model of being according to the author is also visualized by a collection of prints on paper, created mostly around 2005. Back then, Filko presented his installation The Model World/Quadrophonia (together with J. Mančuška, B. Ondreička and M. Pokorný) at the Venice Biennale. He moved his studio on Snežienková Street in Bratislava to his hometown of Veľká Hradná, where he began building a large „Fyilkoráb” (Ship) as his own (unfinished) museum in the form of a total installation. At the turn of 2005 and 2006, he presented the exhibition Up 300000 km/s in the Tranzit gallery in Bratislava, which was another model of this type of environment, arranged in space according to the logic and symbolism of the color spectrum. Filko’s graphic works on paper, often handwritten and „rewritten”, can be perceived as concepts or even proposals for the spatial application of the spectrum of colors in architecture. At the same time, however, they are autonomous artworks, through which the utopian idea of spatial (and timeless) gesamtkunstwerk grows more expressively powerful. 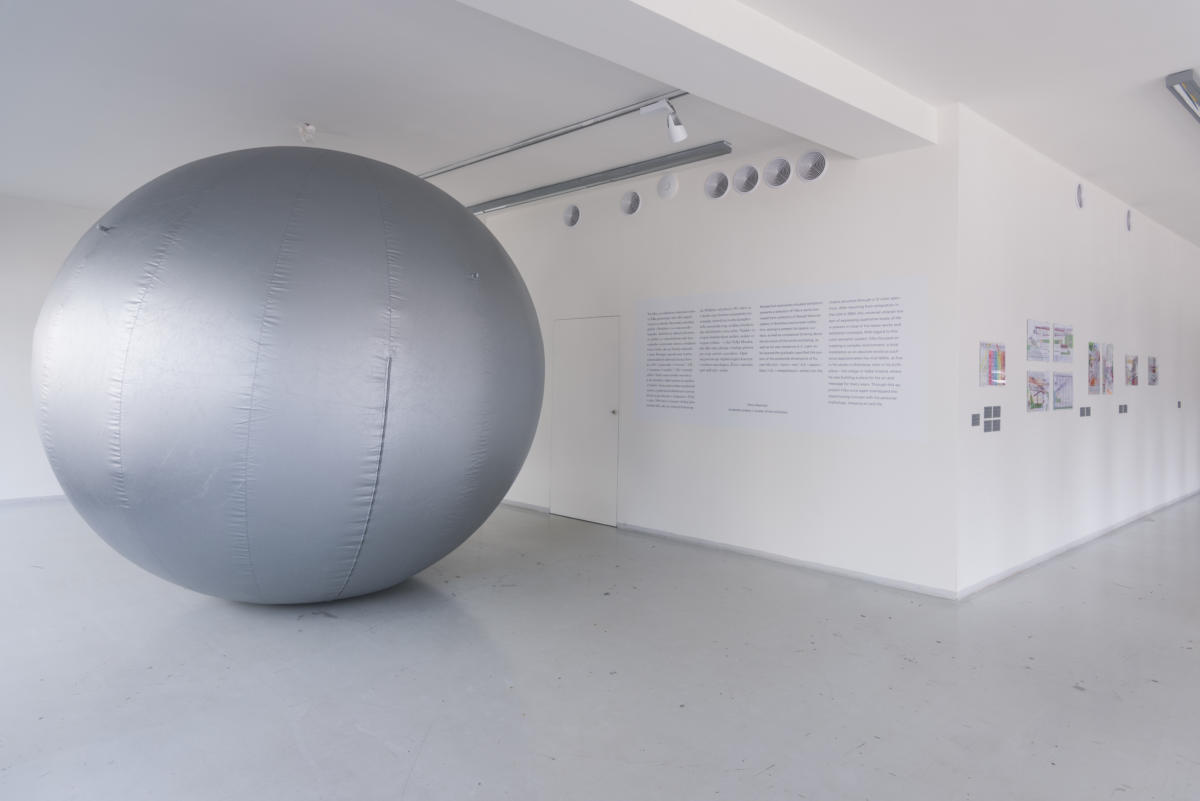 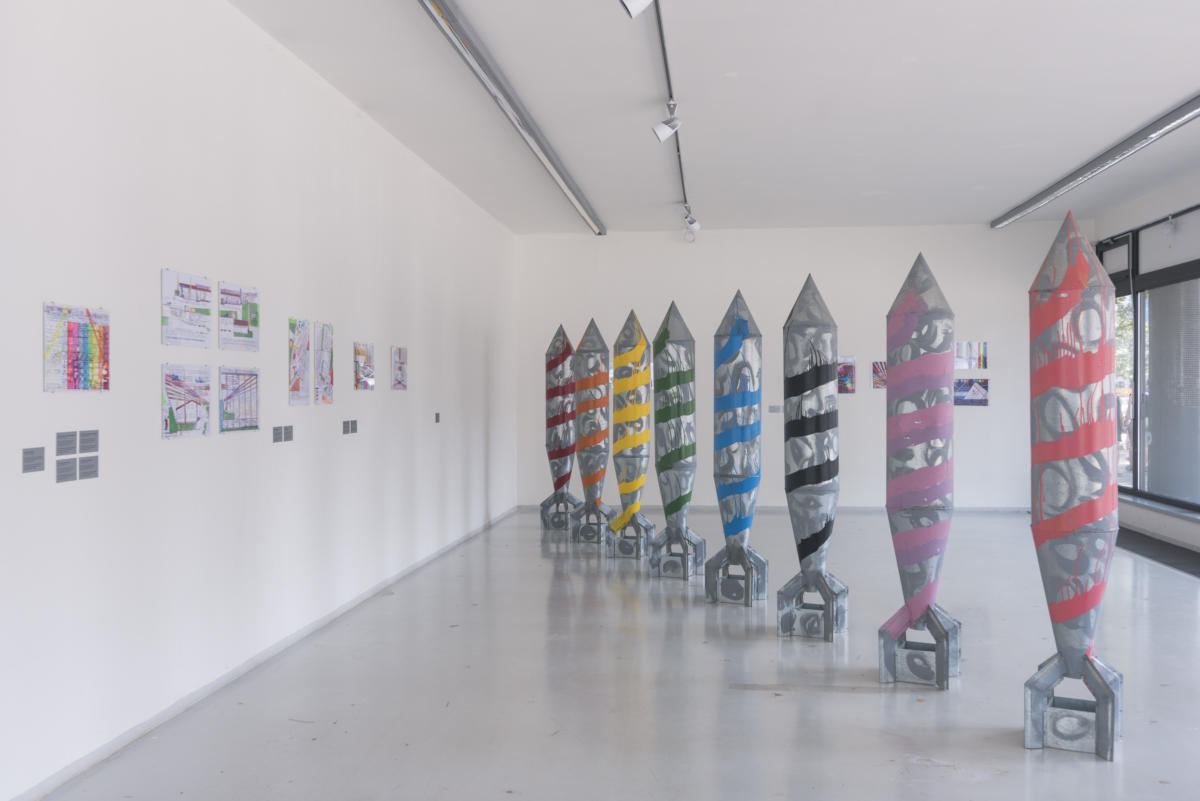 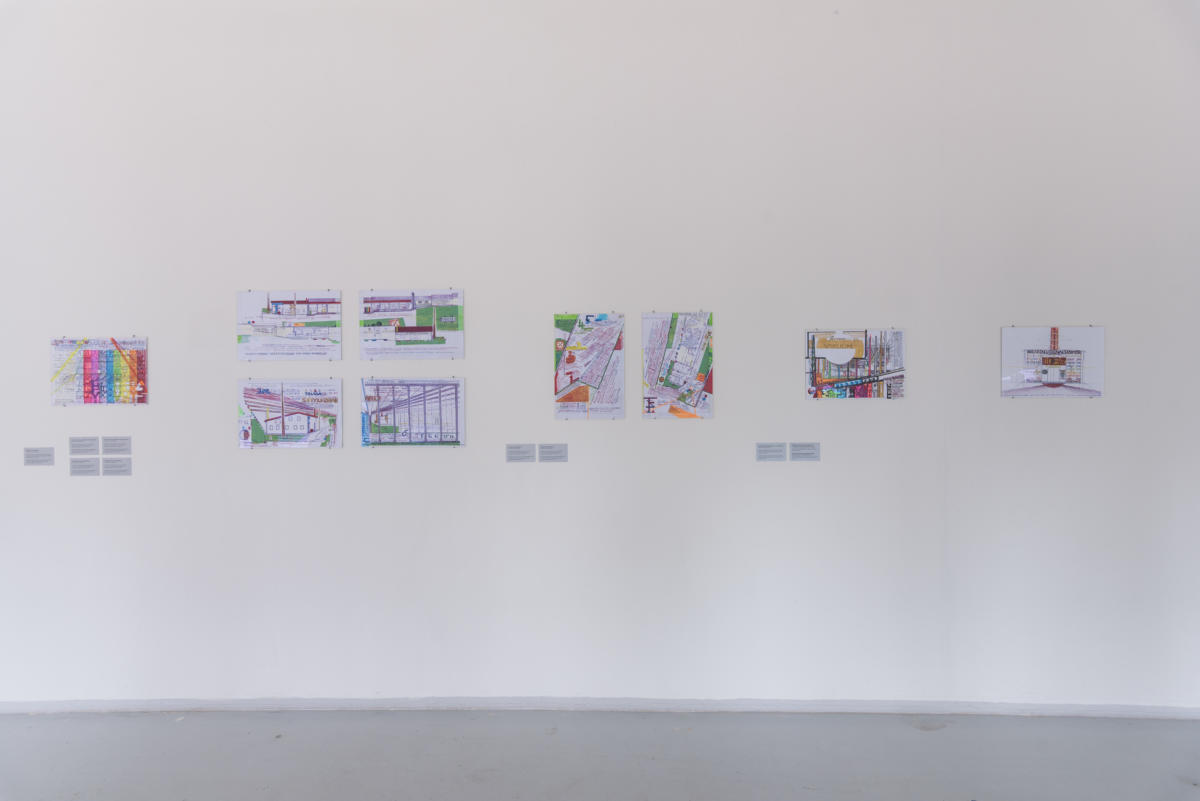 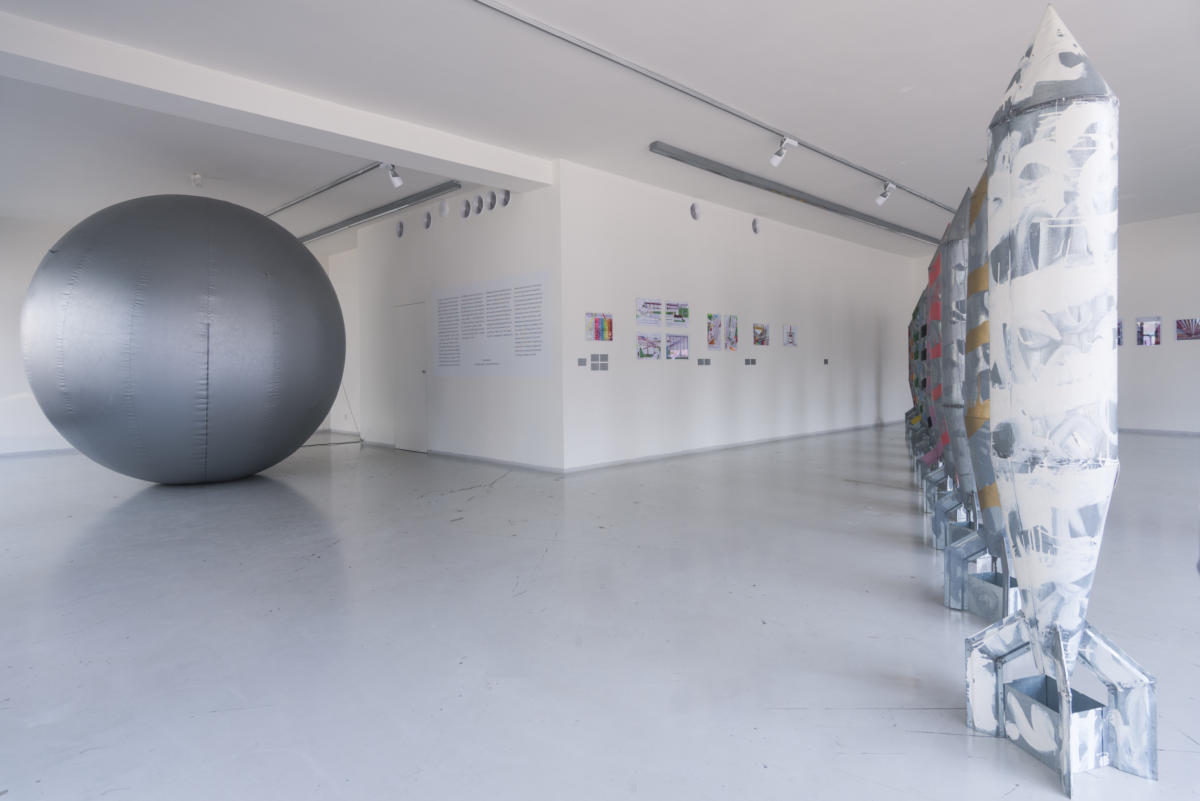 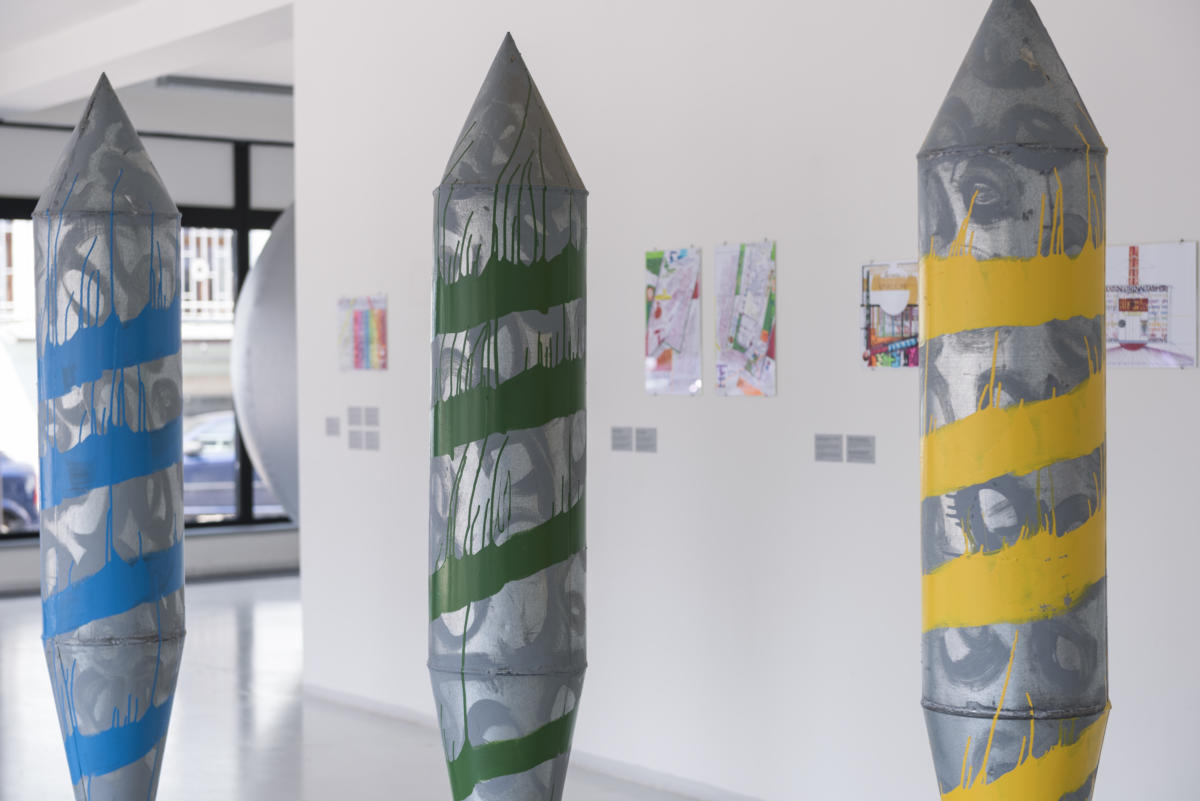 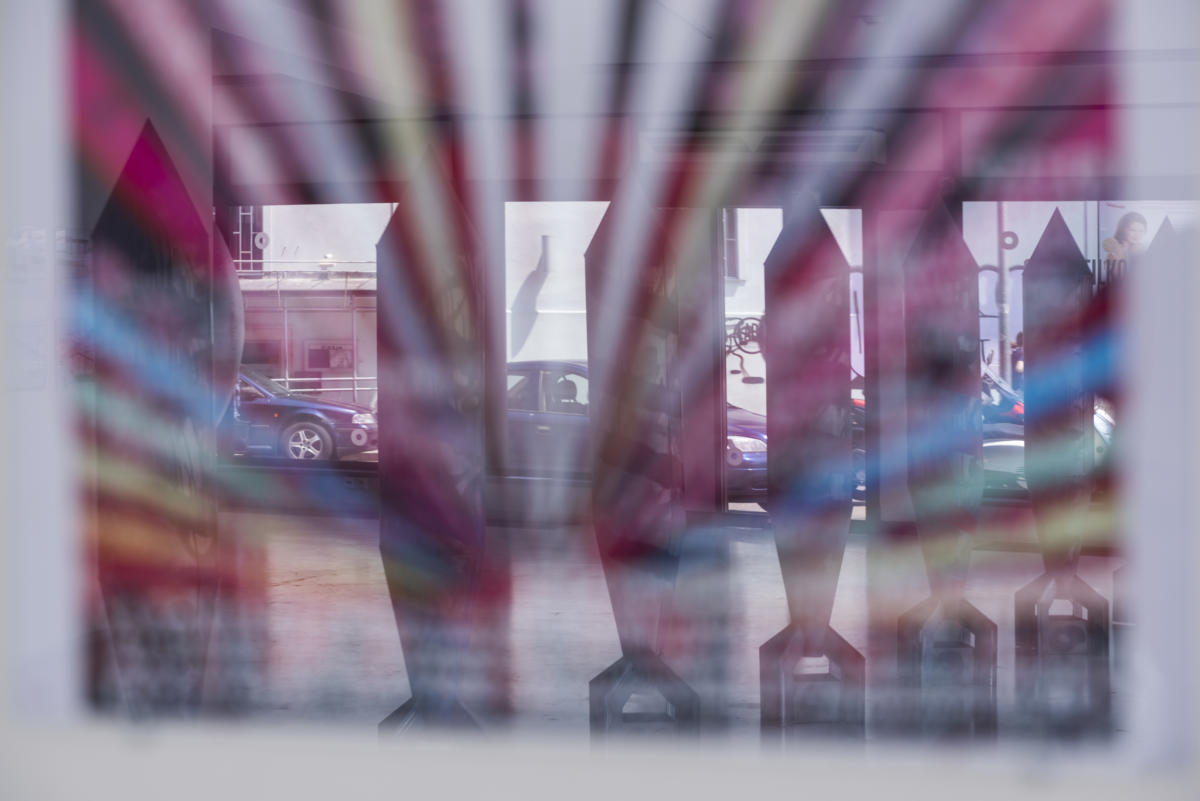 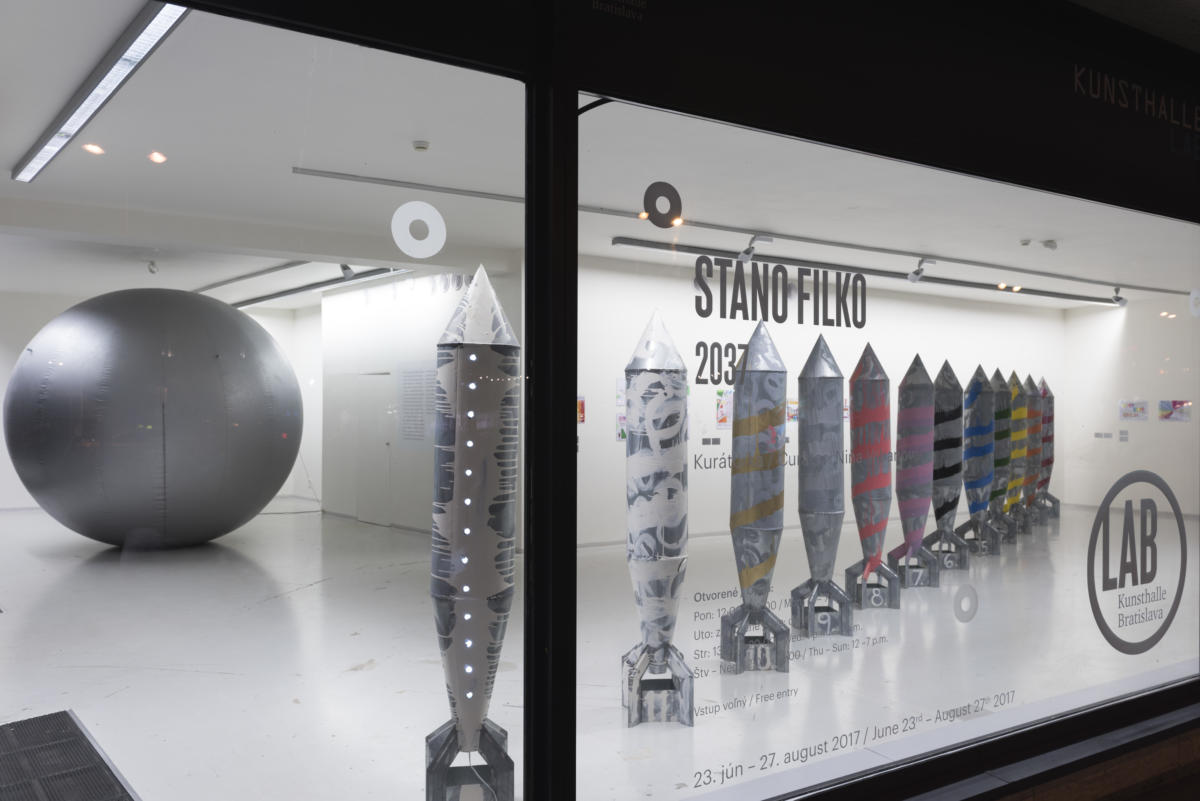 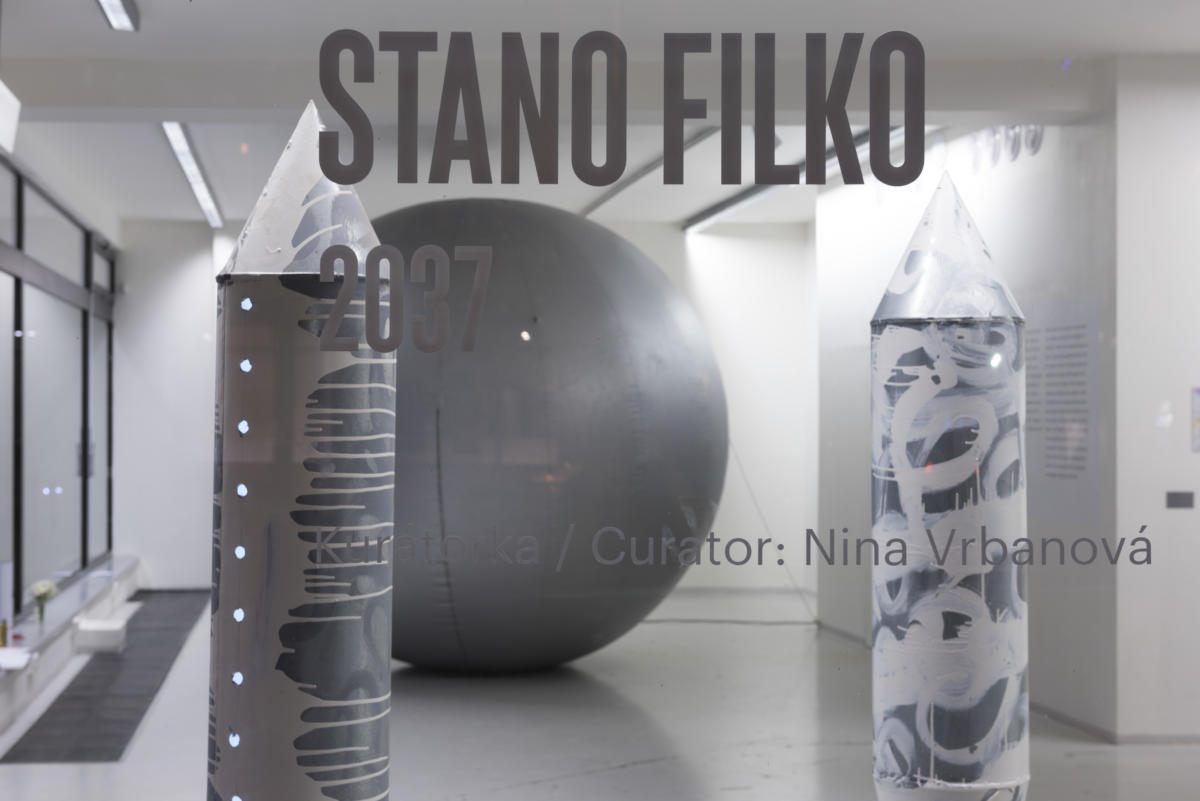 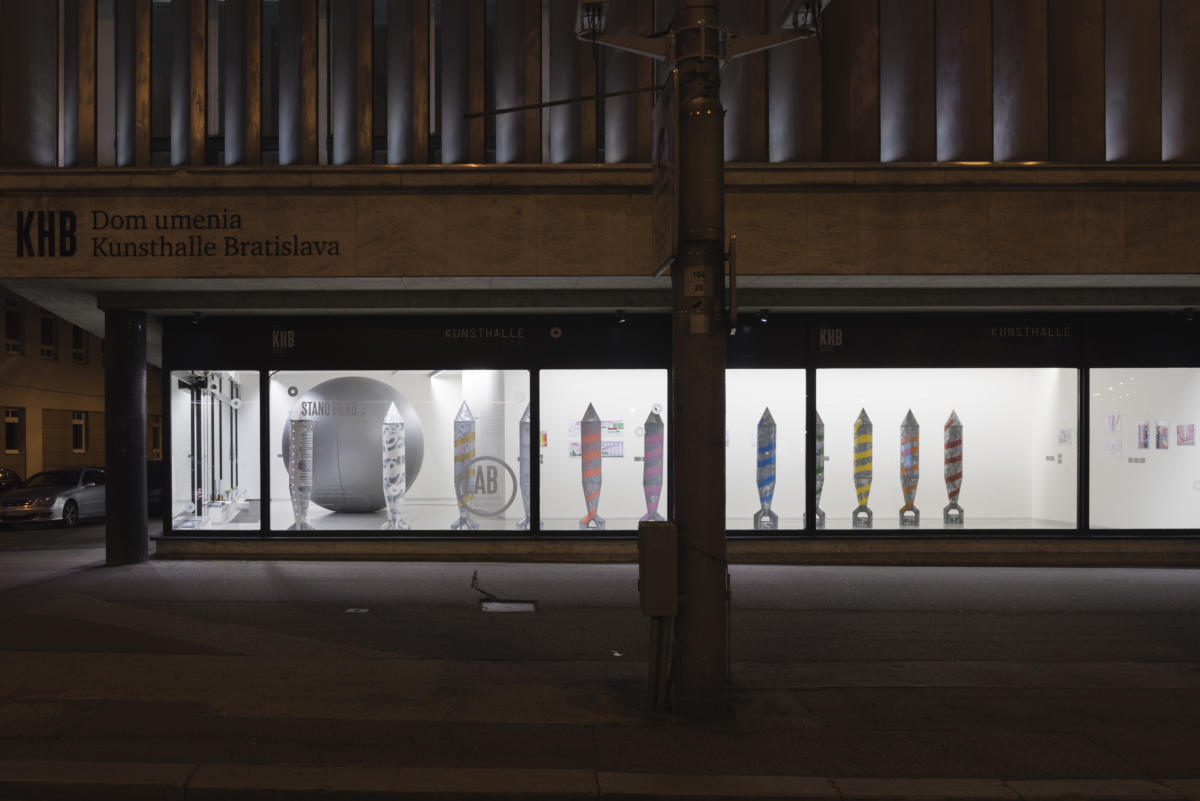